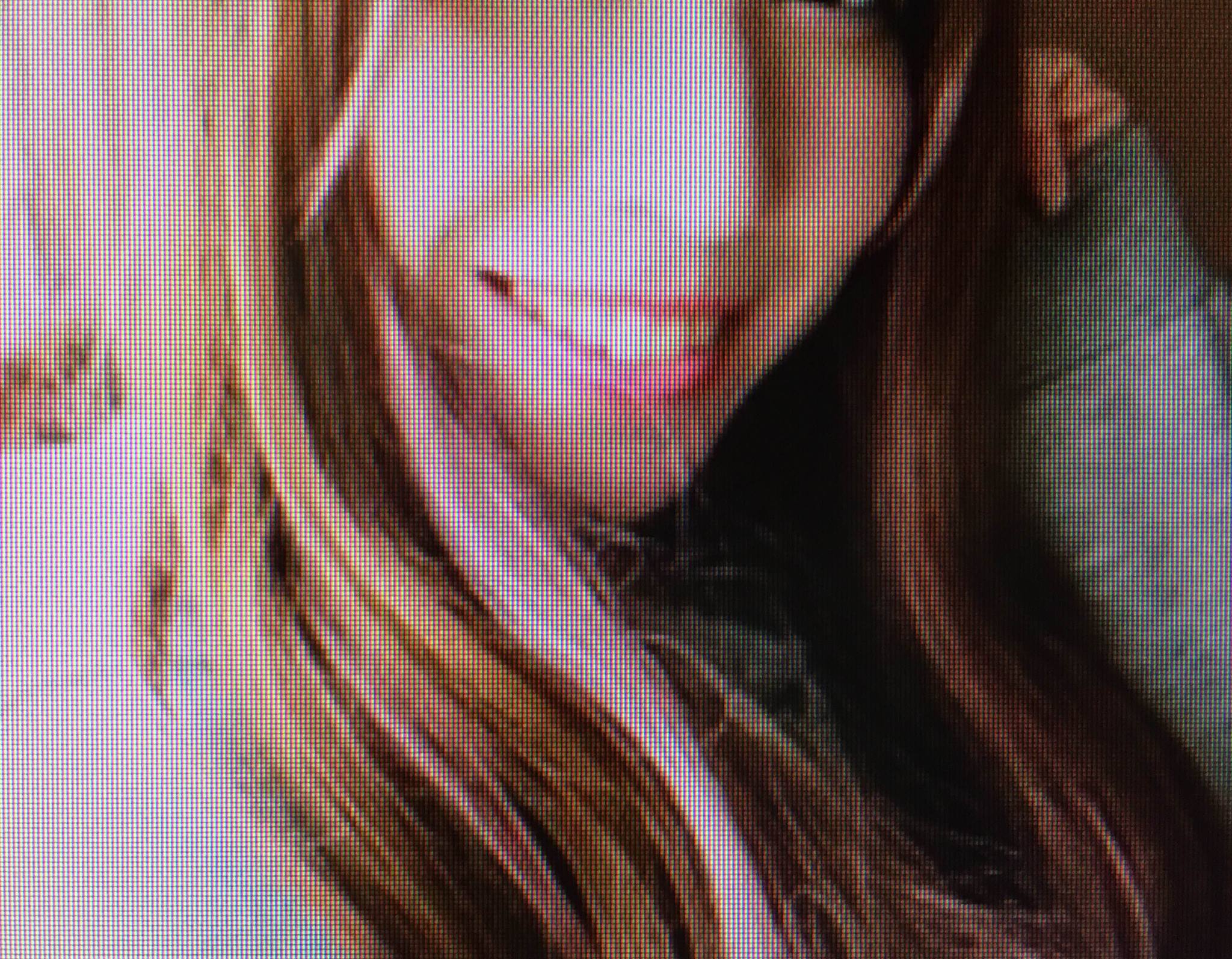 J grew up living with his mother. J’s parents divorced when he was very young. J’s young father remarried and had two daughters, J’s half-sisters.

There are many things J does not remember. At the time, J was working on a series of prints based on his family story. That was when he thought of his father’s new family. He searched on Facebook, cross-referenced different information, and found his half-sister. He asked this half-sister, whom he had never met before, to take photos of her family’s photo album and send it back to him through Facebook. After receiving these photos from his sister, J tried to piece together his lost childhood memories.

His sister looks very pretty in her profile pictures, with her straight nose and deep-set eyes (J’s whole family have deep-set eyes). She looks almost mixed-race at first glance, and resembles J’s middle school crush. Looking through his sister’s Facebook, he could tell that the photos she posted were carefully selected, some even photoshopped. He wonders if his sister looks like this in real life.

Before Facebook was popularized, everyone on the Internet had usernames, like fictional characters in a virtual world. In online games, many male players will choose to play female characters, usually just to experience a different version of themselves. Later on, Facebook’s real-name policy made it so that users are no longer just fictional characters in a virtual world. Instead, users construct an ideal persona in this virtual space and try to have this ideal virtual persona replace their real selves.

After J made contact with his sister online, they bonded instantly. Looking through his sister’s online photo albums and Facebook wall, J felt like he was making up for all the family moments he never got to be a part of.

Among the family photos his sister sent him, there was one with his father and bride. J did not recognize the bride, but from the photo’s background, he could tell that it was taken in his grandmother’s house in Chiayi. The time the photo was taken was not enough of a clue for J to deduce when his grandmother cut ties with his father. One photo showed J’s aunt holding her hand up in a peace sign. She was the only family member on his father’s side to keep in contact with his father’s ex-wife. J heard his mother tell stories about how his father abandoned them: “He had the nerve to hook up with that shampoo girl from that shop.” His mother’s testimony will have to be cross-referenced with his aunt’s version in order to get a more objective story. Also, the things about his grandfather. J also had to go to his aunt for a more objective description of what had happened. His grandfather was working in the fields when he broke his leg. He needed to go to the hospital, but found no family member that would go with him. He suddenly lamented how his own son “left the family with millions in debt and disappeared,” and in his despair, he committed suicide by drinking pesticide.

But from the photos his sister sent, there was no sign of his father being a terrible son or husband. But that is to be expected, after all. It’s not like she would find photos of their father flirting with a mistress or arguing with family members in a family photo album. These happy family photos seem disconnected from J’s childhood memories. They seem to construct a narrative of their own – a story of this “family album.” In the album, the grandfather holds his hand in a backwards peace sign, while the father stands to the side, smiling; The sister unwraps a big present for her birthday; The grandfather sits with children and grandchildren around the table as the grandmother laughs heartily; The mother lies on the bed in a narrow skirt, making an alluring pose for the father holding the camera… but it’s not just in the photos, when J talks about his father’s past with his sister, he found that the “father” his sister knows is in conflict with the father in J’s mind.

From the setting and background of his sister’s Facebook photos, J could tell that his sister had a much better material life than his own, but that may have been the image constructed through Facebook photos and not a reflection of reality. J doesn’t actually know much about his sister. Though they talk a lot on the Internet and list each other as “siblings” on Facebook, the family life that his sister describes seem only to exist in the online world and not in J’s reality.

An episode of British TV show “Black Mirror” goes like this: In the future, a company has developed a new technology that can simulate the persona of the deceased and create robots with their personalities based on messages they left online and family videos provided by loved ones. In the show, these robots had the exact same appearance, voice, memories, and personality as the deceased.

Not to mention, as the memories in our brains fade, these online albums gradually replace reality.

J had a university classmate W. W died young, and to this day, his friends comment on his wall in remembrance. Before he died, W wrote online novels from a first person perspective, putting his daily life and friends into the stories. The longer it has been since his passing, the more people’s memories of W inch closer to the stories he wrote instead of things that actually happened to him.

(In the end, J completed his print series. He used the photographs his sister sent him to put all members of both families into the same print, creating what J calls the “Family Portrait.”) 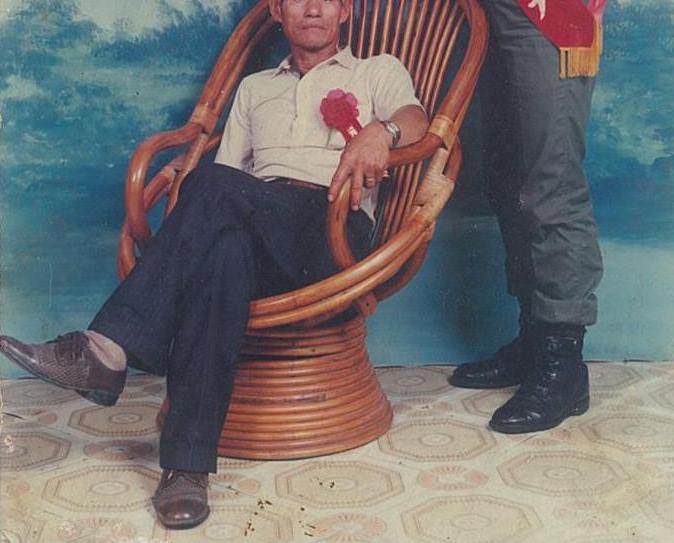