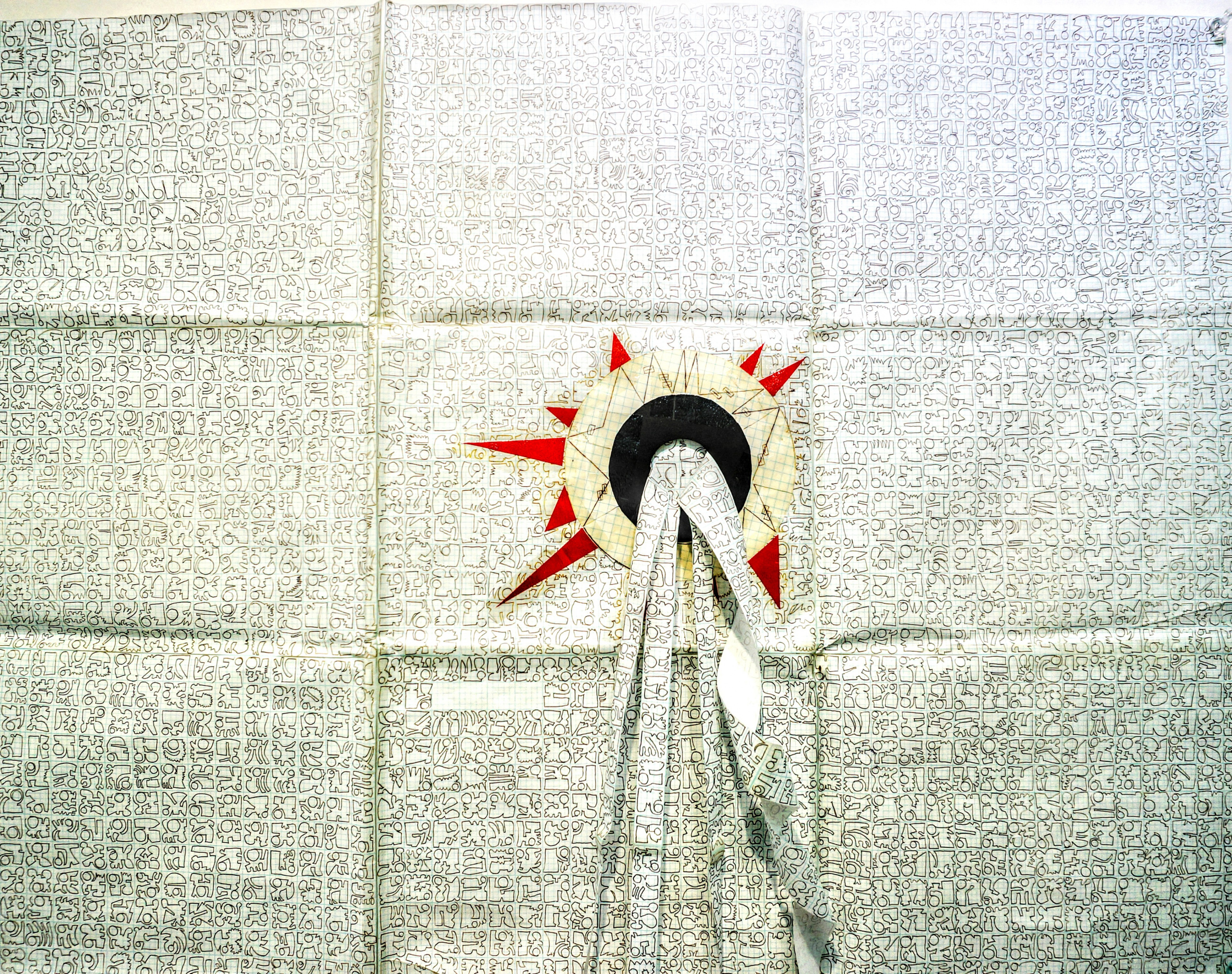 I am always asking myself questions about what art is, what it can be, and what it should be. As an artist, “is”, “can”, and “should”, are then poised to push me into creating artwork. They are really the same concerns we have in other areas of our lives, such as morals, economy, use, and consumption. Why stop crediting them there? Doesn’t all matter, with its connection to movement and time, also answer to what is, what can be, and what should be? Of the three, “should” is perhaps the most confounding and perplexing. It implies there is some right, wrong, or choice to be made, beyond what must take place or be. “Should” is about the possibility of control over things that simply cause and affect. In human affairs, this implies we are somewhat free between what is and what can happen. Well, at least we can imagine we are free. On a larger scale, that of the universe, it would be a god or creator that has some choice over governing rules.  The facts of “should” suggest change, movement, or progress, as that is the nature of choosing. Even if the choice is to remain the same, it is still a progression in time. And, choosing also applies giving values.

Modern and Contemporary art have made a great show of breaking from the traditional roles of art of the past. Artists traditionally had patrons who enlisted their skills for themes of their patron’s making, such as religious (the church) or of portraiture (for the wealthy or noble class). The motivations of the modern and contemporary artist, however, began to give focus to the artist and their own needs of expression over the patron’s. This was the result of social changes in the west. And, as these motives took forms that were not always traditional, art began to require a new breed of expert in the middle; the art critic, or curator. Suddenly, newness, or change was all that kept the interest of the patron, who relied on the critics to identify emerging individuals from what used to be a relatively anonymous field. But there is a basic problem here, one that is, as art is, reflected in basic rules and natures that govern everything.  It has now been safely determined that the universe is expanding (progressing) or, pulling apart outwardly. The rate of expansion can’t be accounted for by the Big Bang. This invisible force, perhaps, is the “should” of something’s (a god’s?) choice.  Regardless, it is happening. This expansion not only means planets suns and galaxies are flying further apart. It also means that the very atoms of matter are pulling apart, as are the subatomic particles. At the end of this expansion, all of the matter, having had all of its components separated, will be nothing. The universe will then be completely empty.

This description may seem expansive itself to a high degree. But it does have to do with art, which is on the same path as the universe. The increasingly complex need for explanation will lead to an expansion until there is no art left to examine. I believe this is avoidable in contemporary work by applying a simple principle; Lower Consciousness. By not attempting to build on our discoveries and intuitions, but, rather, embracing forgetting and rejecting our own sense of what is successful, we can sidestep the dissection of artworks that will dissolve the art object. Where higher consciousness seems the state contemporary art aspires to, artists should seek the path away from its ultimate tomb building. (argument to be continued)